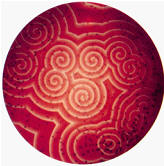 Wrinkling in Buckling and a Thin Sheet

5.3 Explain how the forces of tension, compression, torsion, bending, and shear affect the performance of bridges.

What is an instability? A sudden change in behaviour in response to a small change in conditions.

The mechanism for an instability usually involves two competing forces (one force stabilizing the symmetric state, and the other one destabilizing it), with one suddenly winning the contest

Expanding and reinforcing concepts: What symmetry is broken in the wrinkling instability? Data collapse and dimensionless numbers

You know what wrinkling is – it’s what you see when you look in mirror, or pinch the flesh on your arm. What we’re trying to do in this experiment, is to have you realize that this is an example of buckling but one that involves a repeating pattern caused by buckling.